The Psychology of Nitpicking: Why Do People Nitpick?

The Psychology of Nitpicking: Why Do People Nitpick?

You ever met that one person who always criticized you?

They always looked for what was wrong in the interaction.

Truth be told, the phrase ‘nitpicking’ seems a little ambiguous.

In reality, a better way to view it as is ‘fault-finding.”

You’ll realize how annoying it is if you know some nitpickers yourself.

It can be a friend, your boss, a family member, etc.

It can be you.

We often notice when we are being mistreated.

But our ego blinds us from when we are mistreating others.

If you want to build your charisma, then it’s time to leave nitpicking ways behinds you.

Unfortunately, even if you aren’t someone who finds faults in others, others may still find faults in you.

There’s no set blueprint on how humans should act.

However, if you understand the PSYCHOLOGY of nitpicking, then it becomes much easier to understand why these people operate the way they do.

Rather than feeling rage towards them, you feel a sense of empathy.

Let’s see if you can make this transformation today. 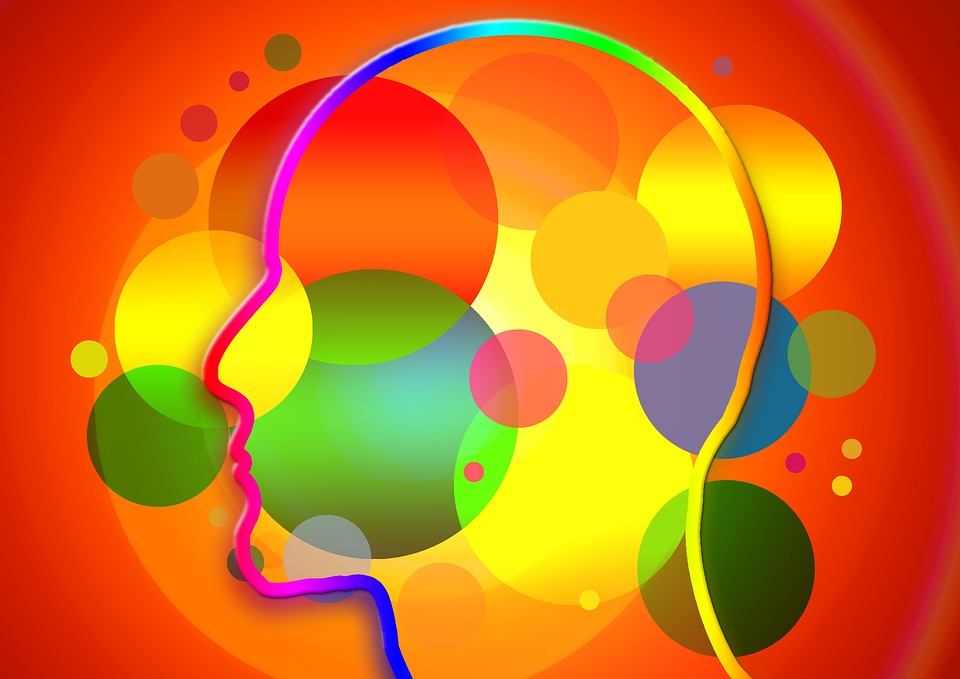 Childhood Catching up To Adulthood?

Old school teachers said that if you gave them control over a child up to age 7, then they knew they had the child for life.

That’s because these old school teachers understood what the subconscious mind was like.

Whether they were aware of it or not.

Our childhood can often influence our adulthood.

If you had overbearing parents or a mean teacher who were always dissecting your moves, then guess what?

You may be doing these moves in adulthood.

Emotions are pretty funny & unique when you look into them.

You see that a human’s child side never goes away.

Watch a person get cut off in traffic & you’ll notice them act similar to a kid who just got their toys taken away.

This is one of the first things you want to look out for.

Is your past catching up to your present?

If so, you definitely wanna make yourself aware.

Understanding how childhood influences adulthood is a major key to learning the psychology of nitpicking.

Why Nitpicking is Annoying: The Psychology

Nitpicking is annoying because humans are gray creatures.

Meaning that they are hard to predict.

We THINK we can logically predict them.

But we are never fully certain.

The incorrect way to handle gray creatures is via black & white thinking.

Black & white thinking is when you think in right or wrong.

However, a large part of our education system mainly enforced black & white thinking.

We were measured with how powerful our intellects were.

Intellects are great at dissecting things.

But when it comes down to dealing with humans?

The intellect can be an enemy.

That’s why a lot of academically gifted individuals can make poor leaders.

Having black & white thinking regarding gray creatures has you always analyzing if they are behaving right or wrong.

But by which standard are you measuring the right or wrong?

You are measuring the standards via your ego.

That’s when you fail to understand the psychology of nitpicking.

You are basing other people’s decisions based on how YOU live your life.

That’s why that shit gets annoying real quick.

No 2 personalities are the same either.

We all had different experiences leading up to who we became today.

And that’s why using your experiences as the baseline for how others should act is a losing strategy.

The Core Operating Belief of the Nitpickers

Our decisions are predominantly based on 2 emotions:

You may notice a major paradigm shift as you evolve.

You ever seen that angry young adult mature into a compassionate adult?

That’s because their consciousness rose.

As consciousness rises, you go from fear to love.

And love allows you to see the bigger picture.

When you can see the bigger picture, a byproduct is patience & a strong level of understanding.

Love allows you to understand the psychology of nitpicking and humans.

However, when the consciousness is lower, your main focus is on the physical body.

You are trying to survive…

And this level of survival has you operating with a basis of fear.

What’s sad is that the CORE operating belief of fear doesn’t doom you towards a poor material life.

You may operate in fear, but be a very loving individual.

‘Hm… the 2 seem contrary Armani, mind giving me an example?’

Imagine an older brother who views the world in a very dark negative light.

His name is Timmy.

Timmy has been backstabbed many times and is jaded.

His little brother is Johnny.

Johnny thus far has had betrayals too. But overall, he still is a realistic optimist.

Timmy’s CORE operating belief of fear alters his behaviors on the macro level.

He loves his little brother. And wants him to be safe.

So he criticizes Johnny anytime he thinks Johnny is being too open with others.

His criticism spills over to micro analyzing Johnny’s moves outside of the social world as well.

Timmy thinks he’s is looking out for his lil bro.

While in reality, he is just annoying Johnny.

So yea, you can nitpick the people you love the most.

Because that’s mainly due to your core operating belief being fear-based.

Let’s say you won the lottery for 1 billion dollars.

The LAST thing you have in your mind is to point out what others are doing wrong.

You may give advice. 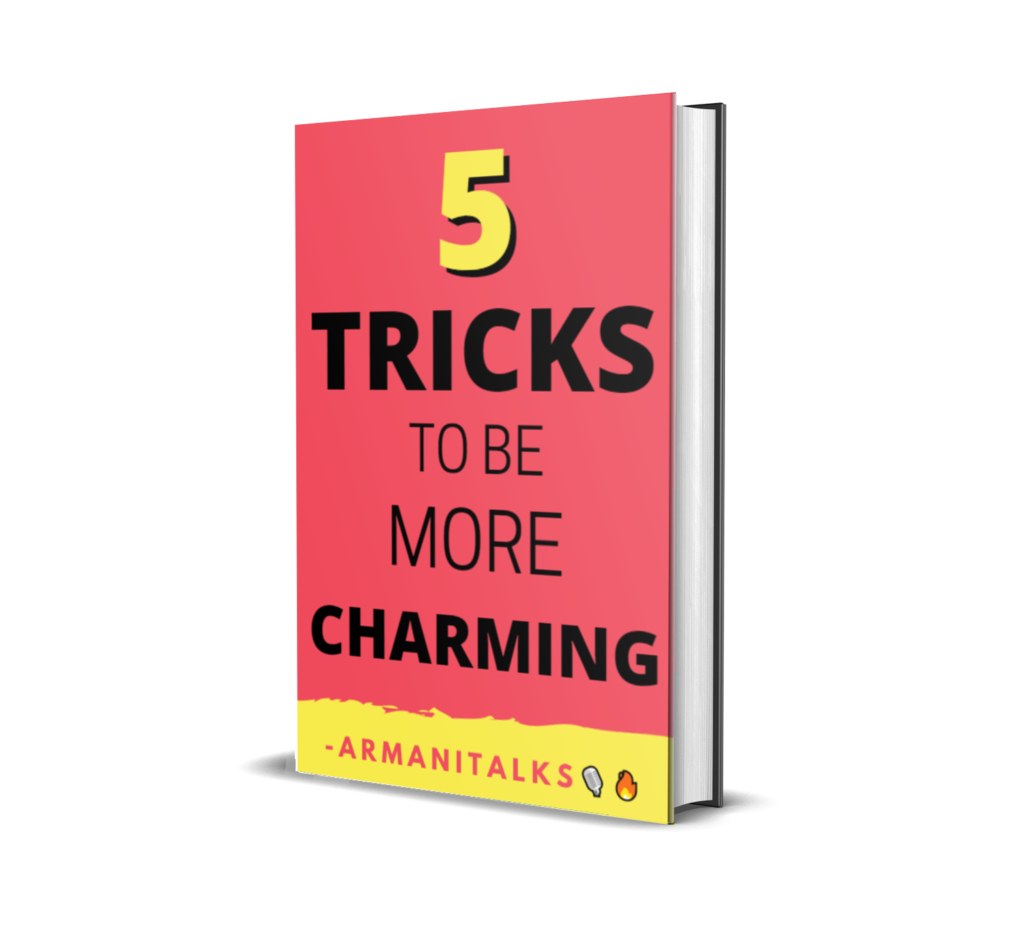 5 Tricks to Be More Charming

Are you currently struggling with social anxiety? It’s time to fix that! In this free eBook, you will gain 5 TIPS to carry yourself with more confidence and poise!

Why Nitpicking Needs to Be Ditched

The reason nitpicking needs to be ditched is because it becomes a subtle drug.

And this subtle drug soon starts to gain a stronger grasp of you.

It FEELS good when you are nitpicking.

‘Look at me looking out for this low IQ individual. Thank God I am here to guide them’ you think.

It’s the ego screaming in your ear.

While your intuition is whispering that there may be another way.

This leaves a trail of resentment along the way.

The energy you put out there boomerangs back champ.

Your intention may not be bad.

You may love the people you are nitpicking.

The beauty is that you can stop at any time.

It WON’T be easy.

It finds it very annoying.

So when you DO find a fault in someone & don’t point it out, the ego feels annoyed.

It wants to bark.

The main goal is to do nothing.

Just let the other person make the fault.

And unless it’s a DIRE situation where you need to correct the behavior, then don’t.

The ego get’s slick though.

It tries to justify why you need to get involved.

But after building more maturity, you start learning when to get involved and when not to.

At the beginning of your journey, just ask yourself how you would feel if someone else is correcting you for making the same mistake.

Then also analyze the other person’s personality.

Assume most humans are more sensitive than you can imagine.

If you go in with this assumption, you move with more grace.

One thing you learn as you grow up is giving others the GIFT of making their own mistakes and learning from it, themselves.

No need to point out faults so much.

And if you do find the dire needs to do it, then do it in a polite manner.

And just keep it moving.

Hounding someone doesn’t do you any favors G.

‘Gotcha bro. And what if someone is constantly nitpicking me?’

First, understand why they are nitpicking.

As discussed so far:

Next, bring it up.

You don’t want to start nitpicking the nitpicker.

They may be quick to change or may not see any need for change at all.

But be sure to communicate their behavior traits in a gentle way.

We often make pissed-off motions with our bodies when we are offended hoping others will pick up the clue.

But that will not do the trick.

‘And if they still don’t listen?’

Then you need to distance from them or just use them as an opportunity to build a thicker skin.

The route you choose will be based on your own levels of introspection and judgment.

See the Gray in the Beauty of Life 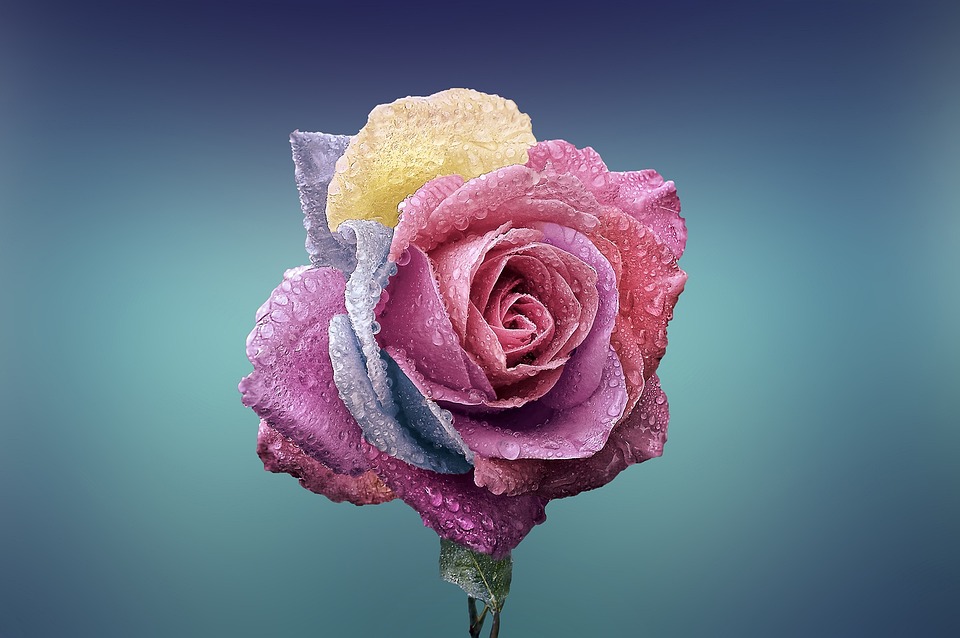 When we think of the color gray, we think bland and boring.

But when you THINK in gray, you see the color of life.

That means, quit breaking everything down so much.

You can stop thinking & still be alive champ.

Just imagine how you behave when you are with your best friend cracking jokes.

You’re not thinking all the time.

You are just BEING.

Learn to BE more.

And you’ll do that by doing less.

Every time you point out flaws, the more that you want to keep on doing it.

So break out of that loop NOW.

Just put that side of you in the back burner.

Fight through the ego’s grasp.

And rise above anyways.

Bulldoze through the psychology of nitpicking via the power of acceptance.