Fear of Confrontation?? Read This!!

Fear of Confrontation?? Read This!!

No matter how tough someone looks, for the most part, they don’t like confrontation.

The type of confrontation where demands are laid out, tonality is raised and ultimatums are given.

The reason why the general public doesn’t like confrontation is because they have a thing called a brain.

And the brain operates on the path of least resistance:

And confrontation is far from easy.

You may be the kindest person out there.

But unfortunately, that doesn’t mean that someone won’t confront you.

Sometimes, the confrontation was your fault.

Other times, it wasn’t your fault.

In these scenarios, what’s the best game plan?

There is no perfect game plan.

Instead, it starts off by clarifying the right definitions.

In my book, Speak Easy, I talk about the clear distinction between aggressive and assertive.

The 2 are often confused for one another.

An example of assertive is articulating why someone broke a contract.

Running them through the details of the contract.

While talking to them with respect.

The tonality is smooth & gentle.

Aggression on the other hand is yelling at the person and putting them down.

But hey…I’m not judging.

There are times when the quality of work is so poor that a little bit of aggressiveness gets the job done faster than assertion alone.

May not be the politically correct thing to say…but it is what is.

For the most part though, it’s wiser to be assertive over aggressive.

This leads to fewer burned bridges and more relationships intact.

Expect Confrontation in Your Life

Expecting a surprise is a great way to control the narrative.

It prevents things from rattling you so quickly.

Expecting confrontations is a marvelous way of bringing an accepting attitude towards occasional hostility.

‘But me? I’m a kind dude. I don’t see anyone confronting me!’

Just because you don’t see it happening doesn’t mean it won’t happen.

I had a buddy a few years back who was playing basketball with a group of kids.

He was torching them in a game of 21.

Out of nowhere, one of the players sucker-punched him and knocked him out cold.

He fell to the ground on his face.

Which required him to get surgery and wear braces for the next few years.

Obviously, this may not be a regular scenario.

But expecting unexpected moments brings a sense of composure.

Emotional intelligence is not about running away from feelings.

It’s about learning to coexist with all feelings.

‘Okay, I expect confrontations to happen every now and then. Now what?’

Now, it’s a game of not taking it personally.

By not taking it personally, it’s easier to articulate ideas rather than articulating impulsiveness.

You ever got angry and accidentally took it out on someone else?

Did you despise the person you were yelling at or were you angrier about the act that set off your fuse in the first place?

‘The act from before.’

Exactly. It’s often the same case for others.

Most people are not acting out because of you directly.

It may be from a behind-the-scenes event that caused them to lose it.

An example is when Will Smith slapped Chris Rock at the Oscars.

At first glance, it seemed like Will Smith was agitated by the G.I. Jane joke.

But if you read Will Smith’s recent memoir, it’s easy to tell that other variables were involved.

He always felt like a coward for not defending his mom growing up from his dad, so I believe the joke set off a subconscious narrative to not let the same mistake happen with his wife.

I break down the slap heard around the world in this video.

Point being, the slap was not personal towards Chris Rock.

Articulate the Ideas and Move Along

Clarity is the ability to perceive things with an equal eye.

Once it’s no longer personal, it becomes easier to see things.

When personalization has melted away, the bowl of water is no longer shaking.

The bowl of water is still.

Making it easy to see through the water.

With an unruffled mind, it becomes easier to articulate your points without fear.

Just because you have an unruffled mind doesn’t mean the other party does.

View them as not knowing any better.

The ability to view someone as not knowing any better is a ninja-like way to build emotional intelligence.

When both parties are ruffled, words often turn into fists.

But when ATLEAST 1 party is unruffled:

These 2 traits are unlocked whether you are doing the confronting or getting confronted.

Articulating ideas with an unruffled mind turns the ruffled person into unruffled too.

The best social strategy is to mitigate confrontations.

However, during the process of leveling up, life happens.

Confrontations sneak up out of the blue moon.

It may be from an aggressive landlord.

If you were in the wrong, instantaneously melt the confrontation with an apology.

Not a regular apology.

But an apology with a few reasons as to why you were wrong.

We were in the wrong.

For more practical insights on how to deal with all kinds of people, be sure to check out:

Get the Charisma King Here 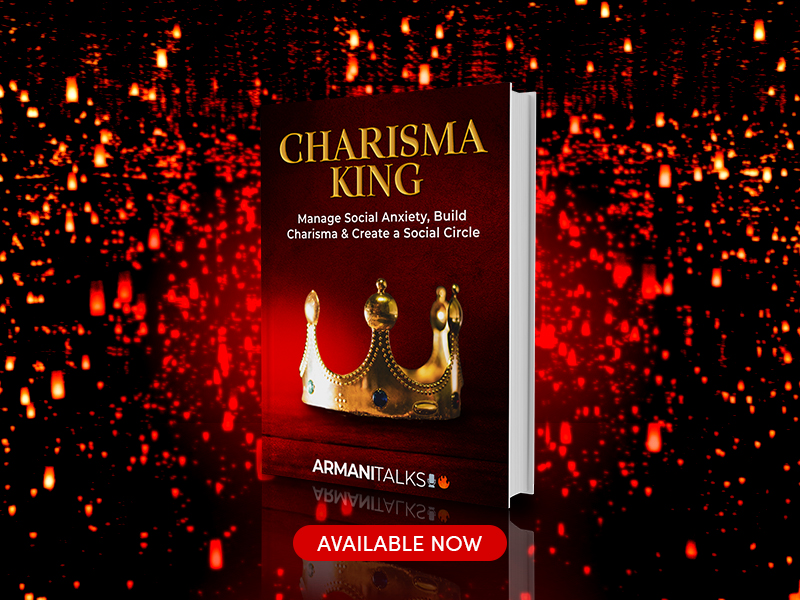