There are clubs available in the US, Australia, India, and other countries.

Like many people, this club is foreign to them.

I know it was something new when I heard of it a couple of years back.

Initially, I had a bad feeling about it.

I’m sure anyone has a dark feeling when they realize they are about to try and conquer speech anxiety.

Whether others admit it or not…

Speech anxiety is a silent fear that many deal with.

Throughout my time in Toastmasters, I have been on a journey.

In today’s talk, I’d like to share my experience with Toastmasters & discuss who this club is for.

My first Toastmasters meeting was during college.

This was a time when I had a strong desire to overcome speech anxiety.

My goal was to see what the club was about.

My goal was not to speak at the event!

However, I ended up getting called for an impromptu speech during the Table Topics section.

That initial encounter with public speaking was so bad that I didn’t go back for a couple of months.

Thought it was the end of my journey.

But it was only the beginning.

After a couple of months, I went back.

Since I got the worst part over with (choking a speech), it was only up from there.

After going back & giving a speech for 1+ minutes, I had a renewed confidence.

This confidence allowed me to become a routine attendee.

As more time went by, I went from a guest to a member to a recruitment chair to the External Vice President.

2 in the Tampa region and 1 at the company I worked for.

Public speaking used to cause terror.

Who is Toastmasters For?

As the recruitment chair & External Vice President, my goal was to make others aware of Toastmasters.

-Do I have to give a speech?

-Do I have to be a member, or can I keep coming in as a guest?

Let me break it down simply.

Toastmasters gives you an opportunity.

It’s your goal to put in the work.

Initially, you can come in as a guest.

As a guest, you can participate in Table Topics (the impromptu speeches).

After visiting a few different clubs, you’ll develop an opinion of Toastmasters.

I recommend visiting 2-3 clubs before deciding to be a member.

You’ll see which club has members that you’d like to see long-term.

‘You know…I liked the experience, but I don’t know about becoming a member.’

Another group will know that they need to become a member.

I knew I had to join because I had a strong feeling in my gut saying:

Especially because my goals required me to talk in front of people.

After becoming a member, that’s when discipline is really shown.

There are tons of speaking opportunities in Toastmasters.

You can volunteer to give a planned speech or evaluation.

The planned speech requires time outside of the meetings to prepare.

While with an evaluation, you create it during the meeting for another speaker.

There are other positions to practice speaking skills such as:

These positions give a report during and/or the end of a meeting.

You may require some outside learning time to understand the fundamentals of these positions.

What to Expect from Toastmasters?

Initially, I thought I was going to overcome speech anxiety and call it a day.

I was surprised to see that I built a lot of relationships as well.

Some Toastmasters clubs have a session called, Afterhours, where the members go to a restaurant after the meeting to socialize.

Other clubs don’t have that session.

Still, plenty of them socialize before & after the meeting.

Toastmasters gives you a mentor that you can form a bond with.

Also, there are plenty of different professionals who attend the meetings.

This is a great club to overcome speech anxiety because you build the habit of speaking in front of people.

But don’t sleep on the available social opportunities as well!

Some of the members that I knew back then…I still know now.

Working your Way Up

Being a leader is earned.

Luckily, Toastmasters gives you the opportunity to flex your leadership muscles in a micro & macro sense.

If you’re someone who does not want to make a large commitment towards leadership, then volunteer to be the Head Toastmaster for one meeting.

This position organizes the flow of the meeting.

You’ll experience what it’s like to lead for a night.

You’ll see the preparation, energy management & enthusiasm that’s needed to be the commander of people.

If you’re looking to make a large commitment, then volunteer for a leadership position in your club.

When I was the External Vice President, I had more of a say in how the meeting ran.

Prior to me joining the position, my club didn’t have a Facebook page or any digital presence.

So, during one E-board meeting, I recommended that we start a Facebook page & take pictures of each meeting.

The other E-board members agreed.

I believe that Facebook page still exists to this day.

Do not undermine the skills of being a leader.

These skills carry over to your personal & professional life.

You’ll be surprised by how many people are followers simply because they lack the guts to speak publicly.

Work on public speaking & you’ll be amazed by the opportunities which present themselves.

Is Toastmasters Right For you?

In my opinion, this is a wonderful era to start Toastmasters.

Especially with the Pathways program.

The Pathways Program is when you get to choose the path which suits your needs the most.

There are paths such as comedy, dynamic leadership, teamwork, etc.

When I started the club, we all worked out the same book.

So, the club is much more dynamic than it once was.

But when deciding whether Toastmasters is worth it…

That’s only a decision you can make.

No club is perfect.

No club is imperfect.

You get out what you put in.

Public speaking is a skill set that a few will aim to master.

But when they begin their journey, it’s an adrenaline rush.

Looking to get started with Public Speaking?

Then be sure to check out the Speaking Wizard which breaks down concepts on: 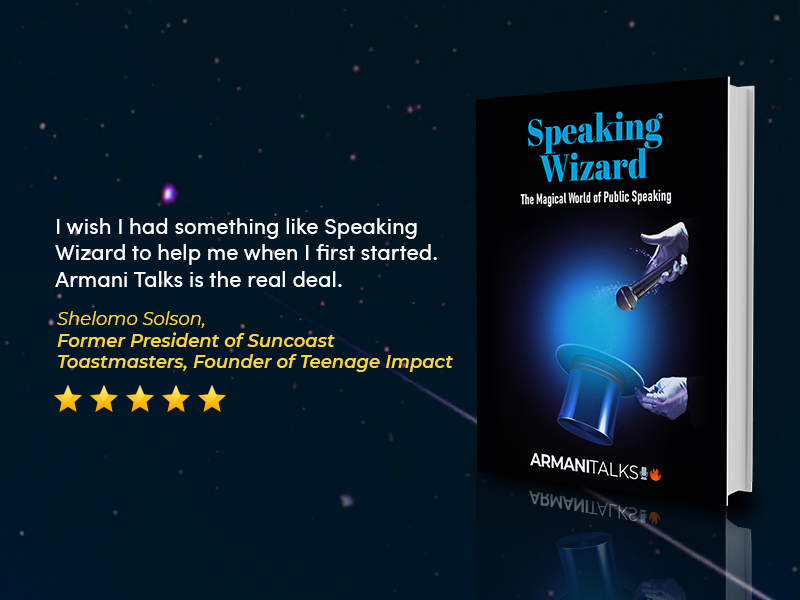