There are 2 types of media:

There has been a lot of talk about new media killing traditional media.

However, that hasn’t been the case as of yet.

No doubt about that.

But traditional media is not dead yet because they have tons of infrastructure set up.

They have a 5-decade head start and plan to maximize it.

There is talk about Hollywood dying.

This question will shed tons of insights into storytelling.

The Politicization of Hollywood

I read this book a while back called Independent Ed.

It was the autobiography of the filmmaker, Edwards Burns.

He started off as an independent filmmaker.

Over time, one of his movies blew up at the Sundance Film Festival.

That’s when Hollywood executives recruited him to go to the big leagues.

He had a series of hits in the movie industry.

But he was troubled by something.

The politics of it all.

The politics of dealing with Hollywood executives.

And the politics of the suits trying to influence the art.

Back then, to get a box-office hit, there had to be a star.

Which is code for:

‘I’ll kiss your ass for as long as you need.’

Ed was about to walk away from filmmaking.

One day, he and his brother were talking in a bar.

Before Ed could walk away for good, his brother asked:

‘Why did you get started with filmmaking?’

‘For the stories,’ Ed responded.

‘Well, go back to that,’ his sagelike brother said.

That’s when Ed decided to go back to independent filmmaking.

Rather than deal with all the hoopla, he decided to run a lean operation.

Why Hollywood is Dying

The reason Hollywood is dying is because they are not creating art anymore.

The intention that a lot of these studios operate with is:

I’m not completely against this mindset by the way.

Because people have bills to pay.

However, they are focusing sooo much on the money, that they are catering to the mass market.

By tap dancing for the mass market, they have minimal to 0 identity.

This causes the creation of artificial woke culture films, rather than organic art inspired from the heart.

The top-down dollar mindset of executives is trickling down to the creative people.

Since the evolution (or de-evolution) of Hollywood, more parties are getting involved.

Simply introducing 1 new human being into a complex system introduces an infinite level of chaos.

Now imagine a bunch of parties coming in.

With all that complexity, it’s easy to stray away from the art.

The stakeholders are not in alignment anymore.

The Rise of Micro

The reason that a lot of streaming services are doing well is because they have flexibility.

It’s difficult to turn a ship around. 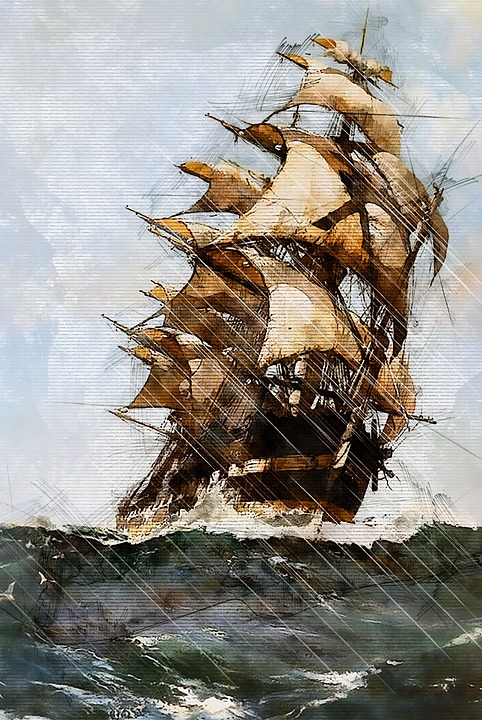 This decline of Hollywood goes to show how important the story is.

Not just a little important…

But important enough to have a LASERLIKE focus on it.

This is why Netflix has been stumbling as of late.

Since they have been scaling, the agendas of their investors are seeping into some of the content.

Not having a laserlike focus on the story will begin the countdown to doom.

‘Why do so many companies lose sight of what’s important?’

Because of too many labels.

Henry Ford used to hate having job titles in his company.

Because when you introduce too many labels, the focus from the product strays.

In the future, I see lean operations making a rise.

I believe the more creative a person is, the more CONTROL they need.

If you give power to the politicians, you get division.

If you give power to the artists, you get unity.

He started off slow.

Went from plays to movies.

Soon, he built his own studio.

Signed his own stable of actors.

So what he says, goes.

The artist has now become the businessman.

I don’t believe so.

I believe they will have a market as long as there are theatres.

‘Let’s burn down the theatres too!’

I don’t think that is realistic at the moment.

There is a “fun factor” for a lot of families to:

But if they don’t learn how to give more power to the artists, then:

And the lean operations will take their place…

Evolution doesn’t only exist with life.

For more breakdowns into storytelling, be sure to check out my book:

This book will teach you more about: