How to Speak up for Yourself Without Overthinking

How to Speak Up for Yourself Without Overthinking

Chaos and social skills go together.

At one moment, people are talking about one topic.

The next moment, they are on a new topic.

By the time they are on a new topic, you’re annoyed.

‘What the hell! I just formulated my points for the last topic.’

This only gets tougher if you found yourself getting embarrassed on the last point.

Where someone put you down and swiftly transitioned.

I’m going to share some truths on learning how to speak up for yourself.

But first, it begins with a few faulty quotes.

3 Quotes that I hate

One quote that I hate is:

This gets the artist too focused on copying rather than leveraging inspiration.

Great artists learn from the world.

Another quote I hate is:

There is no such thing as a new idea.

Sure, this quote is true if you focus on the end result.

But nowadays, more people are curious of HOW the idea was reached.

And the HOW is always different from person to person.

Therefore, when focusing on the HOW, ideas have no choice but to be unique.

The final quote I hate is:

You need to speak up for those who don’t have a voice.

The reason I hate this quote is because it makes a person feel like a victim.

Yes, there are groups who need others to speak up for them.

They are in such devastating circumstances that they need representation.

But if you’re reading this article, then chances are you’re not one of those people!

With your fancy internet…

Learn to speak up for yourself.

When to Speak Up For Yourself

I know a guy named Anand.

He is a very opinionated guy.

He has opinions about:

It’s one thing to have an opinion.

It’s another thing to drop everything and debate about those opinions.

And it’s one thing to debate.

It’s a whole different ball game to debate in order to FORCE someone to behave another way.

As you can tell…

He’s a guy who is not building anything.

He spends most of his time speaking up for himself because he has nothing better to do.

Too much time on his hands.

Therefore, speaking up for yourself is not always a good thing.

Sometimes, it can be a detrimental thing.

‘How do I know when to speak up for myself and when to let things slide?’

That’s a subjective question that cannot be given an objective response.

However, there are some clues to look out for.

‘Why does it take long?’

Because you need to be CERTAIN they work.

Once spotting the principles, it’s easier to spot the signal from the noise.

Now it becomes easier to know when to speak up for yourself.

That’s because someone is doing something that defies your non-negotiables.

One of the fundamental principles I have with the ArmaniTalks brand is:

I break down this rule in the Level Up Mentality book.

If I’m dealing with someone who wants me to create content talking shit about someone, then my red flags go off.

‘Nah, that breaks a fundamental law.’

Imagine Peter and Susie get into a relationship.

Peter’s one rule is that infidelity will not be accepted.

One night, Susie gets drunk and kisses a guy in the club.

The next day, Susie breaks the news to Peter.

She says she was drunk and doesn’t remember.

Well, a person without any principles regarding infidelity will be in a pickle.

‘Well, she was drunk. Hmm… I need to think this through.’

But Peter’s decision is already made.

He ends the relationship.

Speaking up for yourself is not only done with words.

It’s done and solidified through actions. 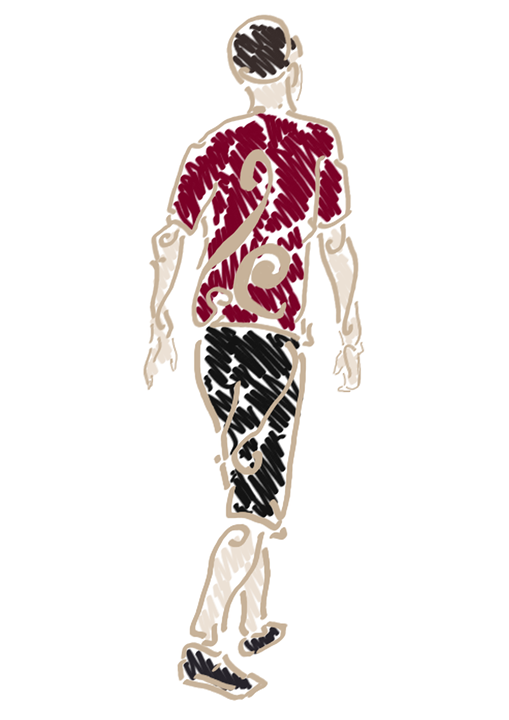 A lot of real-world scenarios are blurry.

What is obvious for 1 person is ambiguous for another person.

It all stems from the fundamental principles.

The more the principles are followed, the more the body alerts you when something is off.

‘Yo, this doesn’t seem right.’

When the body is firing off like that, it’s best to speak up immediately.

‘Hm… let me think of the exact way to string this sentence together.’

When people talk about listening to the gut, what does that really mean?

The gut instinct doesn’t just happen in the gut.

Instead, it’s a series of sensations that fire off in the body.

Speak up immediately when the body tingles.

You’ll sound more convincing with less preparation rather than preparing too much.

The raw emotion and authenticity will spill out.

That’s how you speak up for yourself.

The word, assertive, gets a bad rep.

But that’s because assertive is confused with aggressive.

Aggressive is when you are being unnecessarily hostile.

Assertive is when you are standing for the truth.

Aggressive is having poor manners.

While assertive is confidently telling someone that 2+2=4.

You KNOW it equals 4.

Since you KNOW it equals 4, it’s easier to deliver the message without creating too many enemies in the process.

In my book, Speak Easy: How to be Articulate, Assertive, and Audacious Around People, I share more tips on how to speak up for yourself so you are not being taken advantage of.

Be kind, not nice.

Be assertive, not aggressive.

And speak the truth, rather than condone lies.