How to Say No Politely (Avoid Creating an Enemy!)

How to Say No Politely (Avoid Creating an Enemy!)

No is a statement in itself.

This is a faulty quote that often gets parroted by others.

‘Why is this a faulty quote? Isn’t this a great quote to show that you have boundaries?’

There is a large group of people who hate conflict.

Therefore, they find it difficult to say no.

While there are others who are too liberal with saying no without any decorum.

In this article, you will learn how to say no politely.

You’ll deliver your message in a way where you don’t create an enemy in the process.

‘How come no one respects my boundaries?’

Because you never enforce them.

Here’s the thing, my friend…

Boundaries are a figment of our imagination.

It only becomes a reality in someone else’s mind when you enforce them.

Otherwise, it simply doesn’t exist for them.

Therefore, you need to set boundaries.

And boundaries only become available when you have some sort of purpose.

Without a purpose, it’s difficult to distinguish if you’re having your time wasted or not.

The Proper Attitude of Saying No

If you think the only way to say no is by being rude, then you will come off as rude.

‘Are you saying that I can say no without being rude?’

It’s called putting a wrapper on the hamburger.

Imagine I give you a hamburger with my bare hands, would you eat it?

‘Because I don’t know where your hands have been.’

What if I give you a hamburger with a wrapper, would you eat it?

The wrapper is our delivery.

Our delivery, for the most part, should be warm.

I’ll explain why I said for the most part, shortly.

How to Say No Politely

Realize that some people don’t get invited to anything.

So, you having this problem of learning how to say no politely is a good problem to have.

If someone invites you for something, just a general:

It’s a polite turn down if:

1. You generally describe the other plans you have.

2. Describe the other plans you have and then propose an alternate activity.

#2 is not always doable.

Maybe you don’t want to go on a date with a coworker and setting up an alternate activity is not even an option.

But in another scenario…

Let’s say your cousin is moving and you can’t make it to his going away dinner.

An alternate activity will help soften the blow.

‘Yo cuz, I can’t attend this dinner because I’m working overtime at work. How about I buy you dinner when you come back for Christmas?’

I’ll share a dark truth that others probably won’t say:

Sometimes, you just gotta ignore someone.

At first, I said no.

Later, I noticed all these guys were doing the same thing.

They were expecting the initial no and had their rebuttals planned.

After a while, spending time crafting a polite no was becoming a job!

Brah, I got other shit to do.

For me, ignoring is a form of saying no.

And I would say it is pretty polite.

I could have easily said, ‘fuck off already’, but I chose not to.

Don’t be fooled though.

A lot of people know that you are ignoring them.

And they will be upset by this.

That’s why purpose is important.

If you’re moving forward in a direction, you can’t make everyone happy.

Some people are going to get offended.

In our era, we are more interconnected than ever.

That means we are dealing with a flood of requests that past generations were never prone to.

How to Take a No

Thus far, I’ve been talking about how to say no politely.

Another important trait is to learn how to take a no.

If you’re capable of saying no brilliantly.

But when someone turns you down for something…

That will just reinforce a negative stigma regarding saying no in the future.

They have a certain amount of energy a day and can’t fulfill everyone.

And believe me, plenty of them are trying.

I was once invited to go to a bachelor party in California.

I really wanted to go.

But during that time, I couldn’t get off work.

My company was busy and I couldn’t find a replacement.

This was a tough time for me because I really wanted to say yes.

However, I found myself delivering a no..

At times, a no has malice in it.

But for the most part, it’s not personal.

Delivering a No, Not So Politely

I’d be remiss if I didn’t say this:

Sometimes, a no is a statement.

Let’s say that you are chilling with your friends.

And you quit drinking alcohol.

But they keep trying to peer pressure you.

Since you see these people a lot, a no needs to be more forceful.

That’s when a ‘no’ does become a statement in itself.

The friends understand that peer pressure isn’t going to work.

And a boundary has been enforced.

For the most part, a no should be delivered in a wrapper.

It’s a good problem to face when you are being flooded with requests.

The more you level up, the more others will be attracted to you!

If you want more practical social skills tips, be sure to check out the Charisma King book!

And plenty more other topics! 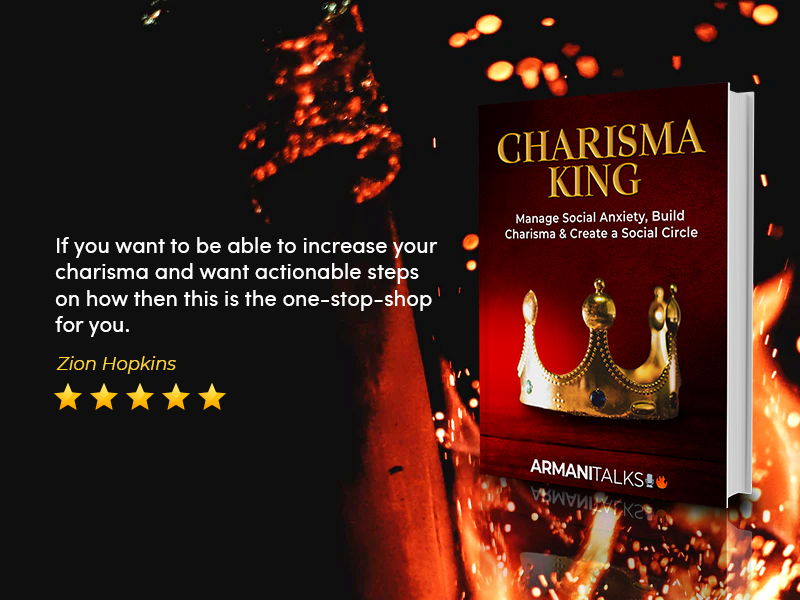