5 Important Qualities of a Good Friend

5 Important Qualities of a Good Friend

You don’t need too many friends.

In the real world, popularity is much different than in TV shows.

‘Why do you think that is?’

Because in TV shows, friends and acquaintances are seen as the same.

You’ll see the ‘cool’ kid with a lot of people surrounding them.

Which gives the viewers the aura of popularity.

In the real world, not being able to distinguish an acquaintance from a friend is a big mistake.

An acquaintance is someone you have a formal relationship with.

A friend is someone you have an informal relationship with.

Let’s talk more about that.

‘Because I don’t know the guy.’

A mix of high status and not knowing the person on a personal level leads to stiffness.

You’ll rarely see someone’s informal side from the get-go unless mutual connections are involved, the person is socially advanced or the environment is set up for informality.

A friend is someone you don’t have to be stiff with.

‘So Armani, you said informality takes some time to reach, right?’

Correct. Also, that brings the next item on my qualities of a good friend list.

In the Level Up Mentality book, I have a section called ‘dealing with people.’

In that section, I bring up how often friends are formed through darkness.

You can check out Level Up Mentality in Amazon:

When things are going well, you’ll feel like the most popular person on the block.

Everyone has your back!

But in dark times, only a few people show up.

Those are the real friends.

Therefore, spotting the friends comes down to going through the ups…

But more importantly, the downs.

Without the downs, this person may seem like a friend, while, that’s not a guarantee.

Longevity often introduces the up & down dynamic.

This leads me to one of the next qualities of a good friend.

‘Wait a minute Armani, this seems a lot like the last item you listed.’

However, this gets you to look more at personality rather than the time frame.

Think about this real quick.

How many of your kindergarten friends do you still know?

‘I don’t know, we just got separated.’

I still know one of the kids I knew in kindergarten.

We went on the same bus and still keep in touch to this day.

The likelihood of that happening is little.

This is a guy who is a good friend, that’s why we still kept in touch throughout all these years.

Kindergarten may be too extreme.

But ask yourself which people you have known since:

Knowing people in multiple chapters of your life is like reading multiple books from the same author.

It implies you enjoy the author’s writing.

Likewise, it means you enjoy this friend’s presence.

Technically, this should have been number #1.

We gotta keep it interesting though with the unpredictability!

Loyalty is having someone’s back.

How someone has another person’s back varies.

I had a college roommate who once got pulled over for drunk driving.

The cop was feeling generous.

The cop said, if this drunk roommate could find a person to pick him up in the next 10 minutes, he wouldn’t give him DUI.

My roommate called his best friend, who showed up in 8 minutes.

This is having someone’s back by doing an act.

Other times, you have someone’s back by NOT doing an act.

‘Not doing an act? That doesn’t even make sense!’

It makes sense if someone ever spilled your secret before.

Don’t you wish they would’ve just shut up?

And didn’t do the act?

That’s another way to have someone’s back.

By keeping a friend’s secret.

Loyalty is expressed in different ways.

Just know it’s one of the most important qualities of a good friend.

You ever seen those stories where a person builds a friendship with some random stranger on an internet chat?

They don’t meet up anywhere else but the chat…

Over time, these 2 became best friends.

For me, yea, it’s ridiculous. But for them, they consider each other best friends.

My law regarding this was the person is considered a good friend if you guys have a multitude of experiences:

I decided my definition needed a remix.

The ability to talk about a multitude of experiences.

Those people who become buddies on the chat are probably not talking about the same experience all the time.

Even if the chat is centered around a particular topic.

They probably started off talking about a particular topic, then expanded to:

This is the digital equivalent of traveling with a few buddies.

It’s not a game of judging.

At the beginning of this article, I talked about how having 1-3 friends doesn’t hurt.

The number may go up to 4-7 for some people.

When it starts expanding too much, that’s when the social circle becomes volatile.

Picture messing with the nucleus of an atom.

Just kidding, it’s not that serious.

It’s smart to know the difference between a friend and an acquaintance.

You can train the mind to distinguish the 2 groups by going through your recent texts, DMs, chats and labeling them:

Spot the good friend qualities and expand on the qualities yourself.

That’s how you keep a strong nucleus with your friend circle.

For more practical insights into building social intelligence, be sure to check out the Charisma King Book! 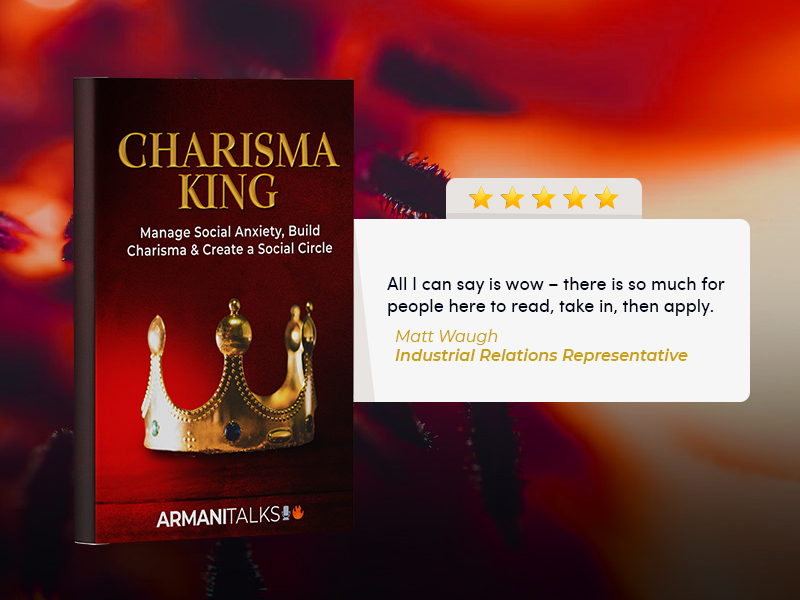