Does fame sound good to you?

For some people, it may.

But for me, it’s never sounded pleasant.

The last thing I want is a bunch of strangers following me with cameras.

I’d fear for the paparazzi.

But there’s a problem.

How can your ideas possibly be heard around the planet if you value privacy?

Don’t you need to become famous??

This article will cover 2 revolutionary ideas that will allow you to view content creation in a completely different light:

No need to be famous.

The long tail is a theory created by the economist, Chris Anderson.

His book is called the Long Tail if you want to learn the theory in detail.

The takeaway begins at this graph: 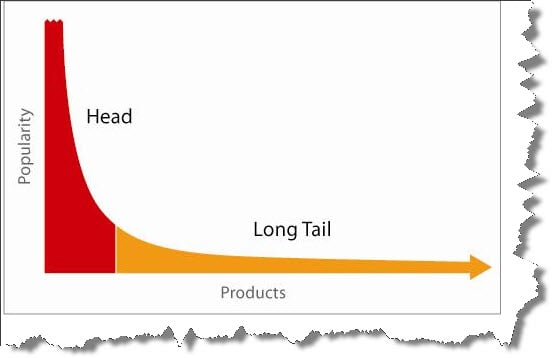 You see the head in the beginning?

That’s where the hits are.

You know the hits.

Those shows that the masses watched.

The key phrase is the masses.

If the masses watch the content, that’s what creates fame.

On the other hand, you will see the tail end of the graph.

At first glance, you may overlook it.

Who gives a damn about the tail?

Well, after Chris interviewed a bunch of fortune 500 companies, he found out that the tail bought in more revenue than the hits!

The tail includes the hyper targeted content that the masses would rarely think about searching for.

Tail: When Abraham Lincoln Meets Frankenstein (yes, I made that show up).

Due to new media, consumers are looking for more custom-fit content.

In old school media, the consumer had to consume whatever the television producers gave them.

But with the internet, the consumer has way more power.

They want a suit that is designed for their body.

Not a suit that is designed for Tubby Tom and Skinny Sam.

Why the Long Tail is so Important

The long tail is so impactful because it gives power to the artist.

Want to know what a lot of content creators do?

They spend a lot of time doing market research.

Then they hop on those trends.

I’m not bashing that at all.

I love it when others do that as a consumer.

I really enjoy those prank channels that try to one up in each other in their crazy pranks.

Why the hell would I be researching what others are doing when I have so many ideas myself?

I don’t want to trend hop.

Someone with an artistic spirit wants their ideas to lead the way.

When you think about it…

There are billions of people on the internet.

Can at least 1000 people resonate with your hyper-targeted interests??

Which brings me to my next point.

The 1000 true fans principle was created by Kevin Kelly.

The principle states that if you have 1000 true fans that will spend 100 dollars a year with you:

Clearly this doesn’t need to be taken too literally.

I’m not factoring in taxes, inventory costs, and that stuff.

Focus on the concept, big homie.

They are those individuals who are hardcore into your philosophy.

Before asking yourself, how can I get 1000 true fans?

You want to ask:

One person I am a super fan of is Dan Brown.

He’s an author who creates compelling novels that are easy to read.

I don’t really care what he puts out.

If he releases it, then I will read it.

Once you identify who you are a superfan of, that’s when the concept becomes real to you.

By the way, 1000 is just a clean round number for the mind to grasp onto.

It can always be amplified.

The sky is the limit. 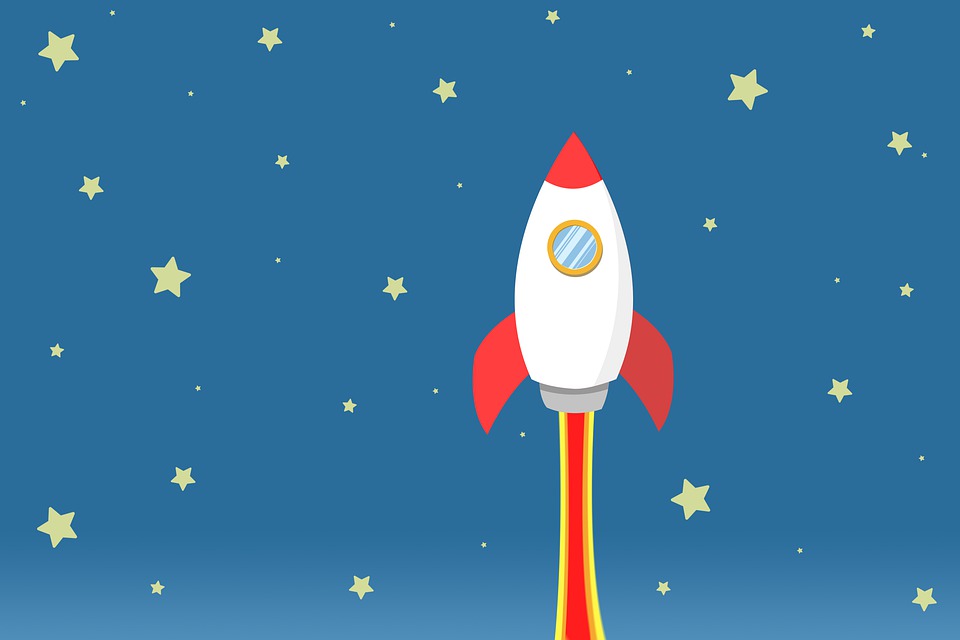 Focusing on the Tiny

There is a jeans company that has the business goal of:

These are deluxe jeans with high-quality material.

You may be thinking;

‘Who the hell would pay 200ish dollars for jeans?’

Maybe I’ll be their customer in the future.

Younger me wanted to always save money on clothes.

The problem with buying cheap clothes is that it gets ruined when you wash and dry it.

Are these jeans capable of lasting me for the rest of my life while maintaining quality?

More importantly, these business owners can keep a lean operation.

They don’t need to rent out office buildings, play office politics, and run a messy organization.

Instead, they can keep things lean and mean.

Can you do the same?

It costs fairly low to publish an idea and build your online portfolio.

You never know who will take a liking to your idea.

Just because there are tons of options doesn’t mean that the options are good.

Self-knowledge allows you to see which options are right for you and which are dead wrong.

Maybe you want to be famous.

You’ve been practicing signing autographs all your life.

Or maybe you just want to be lowkey and build your empire in silence.

It’s the desire that is often scarce.

If you want to be a part of my 1000 true fans, then be sure to check out the ArmaniTalks Newsletter.

In this newsletter, I share my unfiltered thoughts on public speaking, social skills, emotional intelligence and much more.

Concepts that were rarely taught in school!